How to Visualize God if He Is Beyond Religions? 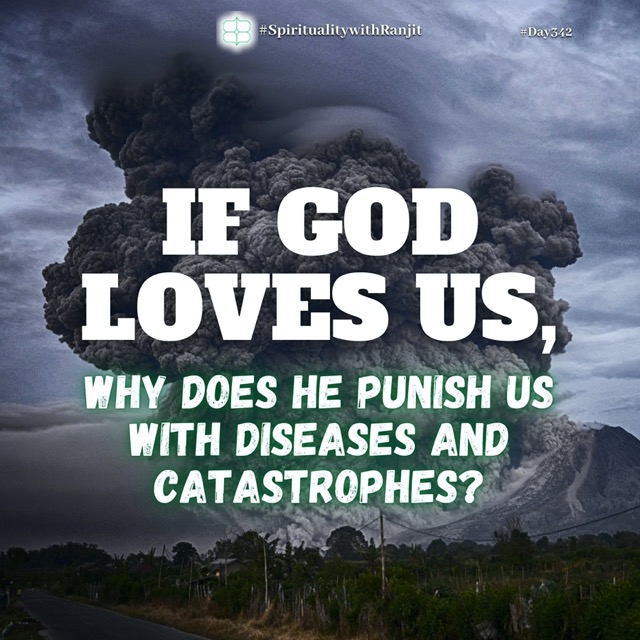 God or the Supreme Consciousness has been defined, visualized, and conceived by saints and people in general from across cultures, beliefs, and centuries. Every religion, sect, doctrine, or dominion has a particular way of explaining Him to their followers. On the other hand, there are some like the atheists who do not believe in the existence of God or some like the agnostics who do not believe in a God as seen by most formally established religious systems.

In my first blog post on the World Awake platform, let me talk about the vastness and nothingness of our Creator.

In several of the previous discussions on our community platform called #SpiritualitywithRanjit, we have been maintaining about the oneness and universality in our Creator. We have been telling how the Supreme Consciousness is beyond any man-made constructs, including #religions, #denominations, #castes, #creeds, #sects, #nationalities, and #genders. So, some of our followers asked us this apposite question: How to visualize God if He is beyond religions?

Here is a humble attempt to portray the vastness of God in as little text as possible. Kindly note that we do not say that this is the most exhaustive, accurate or exclusive definition of the Supreme Consciousness. But this is what we have felt of Him.

God is what we lovingly make of Him. He is #infinity or #probability in math, #HiggsBoson in physics, creativity in the arts, medicine to the sick, food to the hungry, love to the deprived, and curiosity to the scientists. He is the caring #parent who loves each and every creation of His. He is also the non-interfering parent who leaves His children with choices for them to make on their own as they grow up. He is the Higher Power, the Universe, the Supreme Consciousness to some, while He is the Nothingness, the Enigma, the Unknown, the Unattainable, and the Grandest Myth to some others. He is the first and the last being. He is the beginning and the end. He is the smallest and the largest thing conceivable. He is the realization and destination of all religions. He is form-neutral, species-neutral, all-pervading, omniscient, omnipotent, omnific, omnipresent, omnibenevolent and omniactive.

Within Hinduism, whether we pray to Lord Shiva, Lord Rama, Lord Hanumana, Lord Ganesha, Goddess Durga, Goddess Kali, or Goddess Laxmi, our prayers reach the same Supreme Consciousness. Within Christianity, whether we pray to Lord Jesus, Father Abraham, Archangel Michael, or St Francis of Assisi, we are invariably reaching out to the same form-neutral God. The same applies to whoever we pray in veneration, regardless of the religion or sect we belong to. Our Creator is the world's greatest supercomputer, who serves us simultaneously in various incarnations and time zones and in the ways we want to see Him.

The only thing He may not be is hatred, violence, intolerance, and arrogance. Unfortunately, some of us divide people on the basis of religions, casts, creed, sects, nationalities, races, skin colors, and genders. Any thought, law, place, plan, organization, or community that divides humanity on the basis of birth, religion, caste, race, gender, or region, cannot be fundamentally spiritual and progressive. Since each and every human being is created by the same Supreme Consciousness, differentiating among them would amount to disrespecting our Creator. Regardless of whichever religion we belong to or whatever we would like to call ourselves -- atheists, agnostics, pagans, heathens, irreligionists, infidels, heretics, or rationalists -- we cannot remain religiously devoted, spiritual, or humane if we continue to pick and choose humans on the basis of God-gifted attributes.

We will rather do a great service to our Creator by propagating the tenets of inclusion, love, peace, prosperity, tolerance, acceptance, equality, kindness, humanity, interfaith harmony, and the preservation of Nature.

About this blogger Ranjit K Sharma is the founder of #SpiritualitywithRanjit, India's first #interfaith community promoting #spiritualevolution, #worldpeace, and a #greenerplanet through science and religion neutrality. Ranjit has also been an editorial and content professional, grammar book author, UN-award-winning social entrepreneur, spiritual thought leader, blogger, voice artist, and YouTuber. He can be reached at spiritualitywithranjit@gmail.com on specific queries related to spirituality, relationships, life changes, and parenting. Follow #SpiritualitywithRanjit on social media for daily religion-neutral spiritual posts.