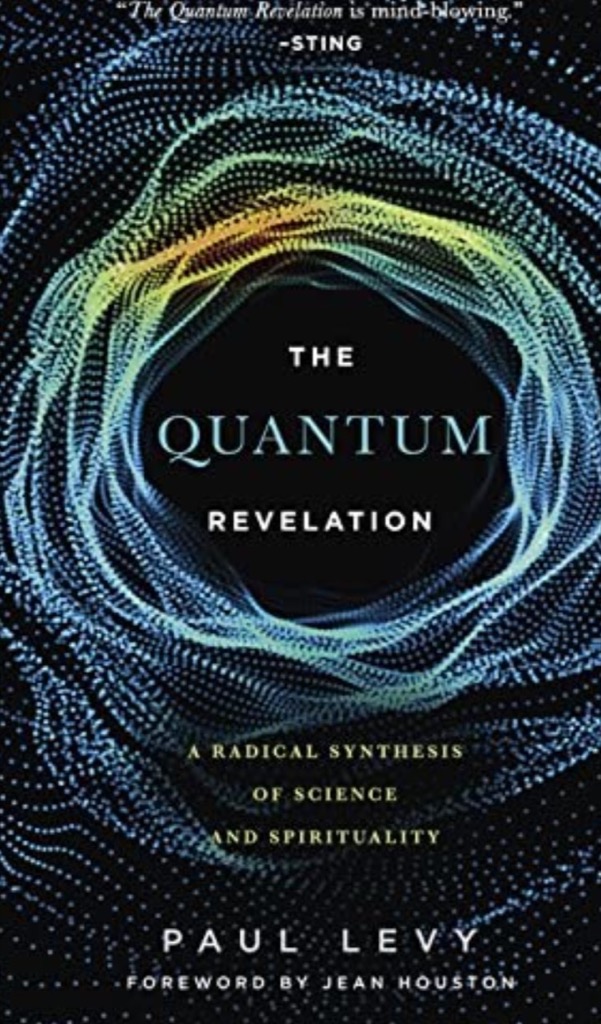 In 1984 I had the great fortune in my life to be ordained as an Interfaith Minister through the New Seminary. Studying with Rabbi Gelberman, Father Gils Spoonhauer and Rev.Jon Mundy was an opportunity transcending anything I could imagine. The paper I was required to write was entitled "My Quest for A Real-igion" which spoke to my desire to have a religion with a God who does not punish, is not blurred by man-made dogma and which bridges ancient wisdom with the science of Einstein, Bohrs, Heidigger, Feynman, to name a few. I had already read wonderful books that attempted to bridge science with Human Potential such as "The Tao of Physics" by Fritjof Capra, "The Dancing Wu Li Masters" by Gary Zukav and "Stalking the Wild Pendulum" by Itzhak Bentov. These books had opened my eyes to the mysteries of our Universe and began to clear away the mechanical and materialistic world-view of Newtonian Physics replacing it with a smattering of understanding of our Quantum Universe.

I have found that when I put a desire out to the Universe, the Universe eventually responds. Sometimes it happens almost immediately; often it requires patience and an openness to synchronicities. It often comes in stages along the way. One of these stages occurred in 2007 when I recognized that my self-righteous anger was getting out of control. Within a week of my saying to the Universe I received my response through a stranger attending the group I facilitated each week which I called "Circle of Life-Mastery" and giving me the name of a man, Joseph Russo, who facilitated "Life Mastery Energetics". It turned out that Joseph Russo lived a few blocks south of where I lived. I never mentioned that Rabbi Gelberman lived a block and a half north of where I lived. The first night that I attended Joseph Russo's group he had us experience "Loving Presence" and I immediately had something with which to replace my self-righteous anger. This was truly revelatory for me. I stayed with his group until 2016.

Starting in 2019, new teachers began to emerge through the internet beginning with Steven Farrell and "Humanity's Team", Richard L. Haight and "Total Embodiment Meditation", and Dr. Sue Morter and "The Energy Codes". None of this could have predicted what occurred in November 2021 when, a few days after my 79th birthday I attended a Facebook discussion of "Quantum Revelation" by Paul Levy. I immediately ordered the book and began reading it. Discovering that Jean Houston wrote the Preface brought me full circle back to my experiences with her in 1982 when I attended and participated in her "Possible Human" workshop. Then reading Paul Levy's Introduction to his book I realized that this book is the answer to my "Quest" in 1984. Paul Levy is not a physicist. He is a psychologist who has researched the thoughts, musings and writings of the greatest minds in quantum physics along with Carl Jung, Douglas Hofstadter and many others to make the powerful case that it is imperative to our personal and evolutionary growth to understand what the ancient mystics and metaphysicians were aware of is now being revealed through Quantum Physics to be true. Namely that we are "participantobservers" in a self-reflecting Universe in which everything is interconnected and stranger than we can dream. As I have been sharing this book with others, a friend said it feels like you are falling in love with this book and the whole new perspective that it is giving you. Hence I have called this blog "Romancing Quantum Physics".