I confess I rather enjoyed being not–so–discreetly perused by the slightly disapproving eyes of those around me—most notably from the older women, escorted by their distinguished husbandry, drenched in their long furs, dawning freshly coiffured colored perms, and swaying those dangly earrings side to side with every move. All notable signs of those known to be well–appointed and, of course, destined to sit in the front row of the mezzanine of the Mississippi Coast Coliseum that night in 1979 in Biloxi, Mississippi.

And then there was me—likely not so well–appointed, as I was unescorted and very pregnant, arriving in my low–cut scarlet red gown and daring to sit in the front row, center seat. Now the low–cut part likely caused my most salacious grin as I had only recently become quite voluptuous as a result of being pregnant. And I did have a pair of those dangly earrings to sway alongside my long, loosely hanging, hair. But while, yes, I was enjoying some of the novel attention I was arousing, nothing could have detracted my mood which, by this time, was already in full aerobatic mode—leaping over the railing and down onto the stage where, very soon now, I knew my heart would be dancing with Mikhail Baryshnikov. If this wasn’t heaven, I couldn’t have told you what was.

But, as I would come to discover often, the great gift I was to receive that night was even grander than Baryshnikov himself. You see, there had been some buzz about Baryshnikov being ill and even, perhaps, not being able to perform. Luckily, another great ballet dancer of the day, Peter Martins, was also to perform.

So, the evening performance began with Martins. Having taken ballet since I was young and had even danced in a small local company, the Pensacola Civic Ballet, the year before, I knew something about what I was watching. And Martins was absolutely technically brilliant. No question. Brilliant. But, then a short intermission and . . . suddenly there was Baryshnikov leaping through the air with such power and grace that we were all jolted up out of our seats gasping and clapping in response to some ubiquitous, primal, involuntary force. Now, there had been some intermittent clapping for Martins’ technically brilliant performance—but nothing like this.

As I watched throughout the evening, I could see that, at least on this night, Baryshnikov was not as technically brilliant at Martins. But it didn’t seem to matter because Baryshnikov just had that . . . certain something.

I had seen and experienced that certain something close up a few years before in an adult ballet class in Honolulu, Hawaii. My teacher’s name was Jack Clause and he definitely did not look like a ballet dancer. He was rather short and stocky but his face—oh my, that face held me fast. You did not come to class late. Always proper attire. No chit–chat allowed. Yet, each week, when I walked into his classroom, I just knew something special was about to happen.

“Be beautiful!” he would bellow. “There are many technicians but very few dancers! Be a dancer!” Now, I can tell you that most adult dancers, out of prime and usually far from years of practice, often do not look so beautiful moving across the floor. But, in Jack’s class, suddenly I didn’t care if I could do that Grand Jete really high or not. Off I’d go as if I could fly—because that certain something in him had ignited that certain something in me that told me I could. And, it didn’t matter how beautiful I looked, or didn’t look, to others. Not on the radar. No, most importantly, it was how I always felt in his class and, afterwards too, as I continued to Grand Jete down the sidewalk to catch the last bus home. Later I would learn that, in part, that certain something had come from his knowing that he had a terminal illness and could die at any time. No time for chit–chat . . . indeed. Only time for beauty. And for doing what you love.

We all recognize this certain something when we see it. It certainly exists in all the great ones who’ve spent years honing a craft to technical brilliance to suddenly discover that, in moments, their craft is now doing them. Still, as I discovered in my dance class with Jack, even if we haven’t spent years developing a skill or craft, we can still experience that certain something when we fully let go into what we love. It’s been forty–five years since I saw Jack’s beaming face that sparked that certain something in me. Yet, it’s like it was just yesterday. This tells me that that certain something is eternally alive, woven intrinsically into our DNA, and forever pointing us toward our true love . . . and when we have the courage to fully let go into its force, we too can suddenly, and quite ahhhhmazingly, have times when we feel like life is doing us. And, we . . . well, we’re just along for the ride.

What is it that you truly love? What sparks your heart to carefree gladness? What leaves you speechless and lost in time? What if you could let go of how it looks, how good you are or may feel you need to be? What might happen if you could just fall into its beauty, its power, its grace, its force—the force that’s actually pulling you toward itself?

Perhaps you too would discover your own certain something . . .

Like how just a few Grand Jetes down a Honolulu sidewalk could stir a magic that would last a lifetime.

And here is a picture from that evening all those year ago. And, no! He’s not being held up by strings like Peter Pan!! 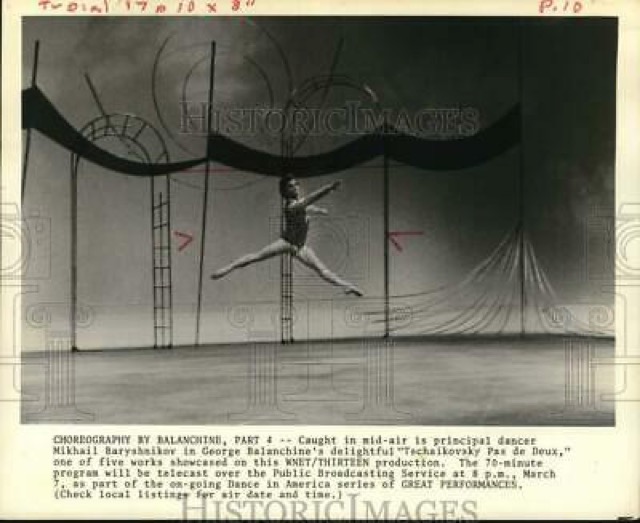