Toward a Natural Path 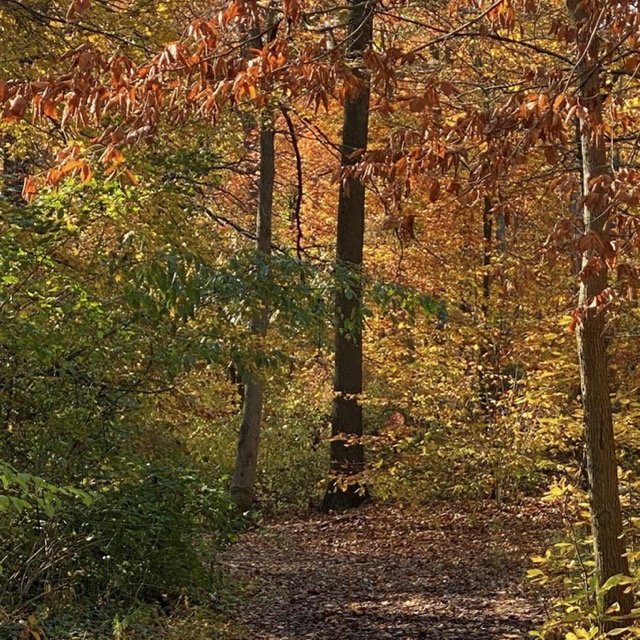 I love antiques in general, and old photographs in particular.

Along one wall of our dining-room we have a dark cherry drop-leaf table, a mid-nineteenth century beauty passed down to us by my husband’s parents. It holds many photographs of his side of the family. My family members appear there, too, but in one of those digital frames which rotates through the old photos. Hardly anyone in any of our old photos cracks a smile. I imagined that this represented a general sourness of disposition, until I read that smiling for early photos was not recommended, since exposure times were long, and smiles, apparently, were hard to hold.

My husband jokingly refers to this as the “dead relatives table,” but for me it’s more of an altar of sorts. As summer turns into autumn, I seem to feel my ancestors’ spirits drawing closer. The nights grow longer, leaves flame into brilliance before they crunch beneath my feet, and the scent of woodsmoke wafts along our street in the evening. My garden dies back; the natural world is tucking itself in for the approaching winter. I light lots of candles and read before the fire.

I’m a crone now, only two years from the start of my seventh decade. Unsurprisingly, perhaps, my spiritual needs are changing along with my body. I am nourished by watching birds at my feeder, by collecting interesting seashells, rocks and stones, by feeling my mood and energies change with the lunar phases, and by marking the passage of the seasons with simple rituals I’ve made up. I treasure my ancestors far more now than I did as a younger person, and I’ve been doing some genealogical research, although I’m somewhat limited by my complete lack of knowledge as to methods.

I seem, late in life, to be leaning away from the doctrinal and into the natural and experiential, and towards the faith traditions that reflect that. And I crave relationship with my ancestors, especially the ones I never knew.

As a student at The New Seminary, I studied the notions of death, the dead, ancestorship and the afterlife in selected indigenous African religious groups, in Wicca, and in post-Vatican II Christianity. I am by no means an expert in any of these traditions, and I know that generalizations are always dangerous; as I investigated, however, I observed the greater retreat of the dead from everyday experience in modern Christian tradition and liturgy than in traditions closer to nature.

The notions of interrelationship and inter-being -- the non-dualistic intermingling of the sacred and secular, long familiar to the interfaith community -- are the bedrock of nature-based traditions. Linear time, a feature of modern society, is challenged in these traditions by the cyclical turning of the agricultural year. In traditional tripartite African cosmologies, too, the realms of the sky, that of human life, and the underworld are interwoven and interoperable, and ancestors play an active role in the health and well-being of the living. Ancestors must be venerated (and, in some cases, propitiated) through elaborate ritual and the sacrifice of food and drink, so they will assist in maintaining harmonious social order and a bountiful harvest. The persistence of ancestor veneration in indigenous African communities, a feature of these communities since the pre-modern period, seems not to have been much undermined by the incursion of Christianity and Islam, or by the demands of an increasingly modern, non-agricultural life. In fact, the demands of modern life may act to reinforce the importance of obtaining the ancestors’ blessing and guidance.

On the Wiccan path, the cycles of the solar and agricultural years also inform the seasonal rituals, with observations of the quarter-days (solstices and equinoxes), and, in some traditions, the cross-quarter days, which celebrate agriculture, fertility, harvest, and the cycle of life and death. Cosmology is fluid, and the dead are never far away. At the October 31st festival of Samhain, the final harvest festival of the year and the beginning of agricultural winter, the veil between this world and the Otherworld is especially thin, and traditions include honoring the dead by erecting ancestor altars, on which are placed favorite objects, food and drink of the deceased, or by sharing with them a “dumb supper,” in which a place is set for the ancestors, and the family eats with them in silence. The Reclaiming Tradition also suggests a ritual for those who have died during the previous year, to show them our love and to lovingly encourage any lingering spirits to move on to the next world.

In Christianity, there’s never been any suggestion that the faithful should not mourn and remember their dead, who form part of the Communion of Saints. This is most obvious in those areas of the world where encroaching Roman Catholicism became syncretized with indigenous religious traditions, such as Voodoo/Voudun, Santería, and Candomblé, oral traditions in which one’s ancestors still play an important role. Throughout the medieval and early modern periods, too, prayer to the saints was commonplace. Vatican II, however, emphasized a companion, rather than intercessory, relationship with the saints. While November 1st and 2nd are consecrated to remembrance of the dead, this is laudatory and anticipatory: we thank the saints for their lives of holiness, pray for the repose of their souls, and anticipate the time when we will join them as part of the Church Triumphant. Direct communication with them is not implied, and any effort to contact them (through mediums, etc.) is generally frowned upon.

The above remarks are all too brief, of course, and to all generalizations there are exceptions. I know a good many Christians who regularly pray to the saints and to relatives, and both the Roman Catholic and Episcopal Churches still maintain calendars of saints’ days. On the whole, though, I prefer to keep my beloved dead a bit closer than that. On the “dead relatives’ table,” for example. Close to the heart of my home.